Is It Anger, Or Is It Abuse?

Very often when folks call me to get help in their relationships, they tell me that their spouse or partner has “anger management issues” that interfere with their happiness as a couple. Sometimes people do have issues with anger, and that can occur on both ends; some folks get very angry very quickly, and some folks don’t deal well with angry people. Anger can look very scary and things that we say in anger can often hurt those we love and cause us to regret how we acted. In my book, anger in and of itself isn’t necessarily a problem, it’s what we do with our anger that can heal or hurt a relationship. More on that in a minute.

Then there is abuse. Abuse is a different animal entirely, but one that often masquerades as “anger issues” and this is where I want to make a distinction. Abuse and anger can look very similar at times, but they are not. Abusive people often use anger to intimidate, control, disarm, and disempower their partners. Abusive people are not, however, always angry. Some of the most destructive and difficult abusers are those who maintain a cold, biting exterior and enjoy watching their partners disintegrate as a result of their failed attempts to thaw the ice of the abusers disapproval.

The following are characteristics of garden variety anger, which we all feel at times, and abuse, which can be verbal, emotional, sexual, or even financial, as well as physical.

Normal anger seeks resolution, so after a conflict there is generally an improved understanding between two people, a stronger bond and deeper intimacy. After anger has been expressed and resolved, there is a tendency to work toward recovery and restored closeness. When we are angry, our natural inclination is to find some resolution that will make us feel better, primarily because healthy people generally don’t like to feel angry. It’s uncomfortable and painful and we search for a way to move from the anger to a place of understanding and even forgiveness. That just feels better.

Typically a secondary response to hurt or fear

Anger is often called a secondary emotion, a sort of delayed response to either hurt or fear. When we are angry, if we can step back in time even minutes before we felt the anger, we might identify feeling hurt or fearful. For example, if we are at a party and see someone flirting with our partner, we get angry, right? But what came before the anger might actually be fear or insecurity, which are very vulnerable emotions to express, so often we move to anger which makes us feel more defended, more powerful. The task here is to learn to say “when that happened, I felt afraid and I need some reassurance” instead of “I saw you with that $#%& and boy am I pissed!” Which approach makes you want to move closer to your partner, and which makes you want to run the other way?

When we are angry, we are still in touch with and representing reality in a fairly accurate way. We are able to state clearly what we are angry about and what we need in order to find resolution. Anger in itself doesn’t cause us to distort or misrepresent our or others’ motives, thoughts, or behavior.

Anger can be expressed in ways that don’t attack the integrity of the person being addressed. We can feel angry about the words a person uses against us, or their behavior if it is hurtful or thoughtless, but that anger doesn’t necessarily lead us to a place of needing to characterize that person as ‘bad’ even if their behavior was.

No recovery after conflict

When we are in conflict with someone who is abusive, there is generally little or no attempt on their part to recover, to ‘make up” afterward. Indeed, abusive people unload their fury on their loved one, storm out, and then come back half and hour later as if nothing at all happened, and they expect their loved ones to go along. This is extremely confusing for loved ones, and in fact minimizes and invalidates their feelings. Abusers have a sense of entitlement that they should be able to treat others poorly and not have anyone challenge them. They’ve released their rage, they feel better, so what’s the problem?!?

Is not a reaction to an emotional hurt

Often when we are angry, it is in response to some hurt or fear that we are struggling with. Perhaps we felt rejected or misunderstood and instead of acknowledging those emotions, we get angry. Hopefully then, we talk it through appropriately with whomever hurt us, and come to a place of understanding. For abusers, however, their angry, enraged, hurtful tirades often come out of nowhere. They may have misinterpreted something, or taken something the wrong way, or they are just simply due for a massive download of hateful, contemptuous, and hostile language toward the ones they are supposed to love the most. Abusers don’t abuse because they are hurt, or because they are stressed, or had a rough day. Abusers abuse because they are abusive. Period. They will always try to find some excuse, but in reality, there is NO EXCUSE for abusive behavior. Other people have rough days and don’t need to emotionally slay the ones they love, right?

Trying to follow a logical, rational story line with an abuser is an exercise in futility. An abusive person will tell you one day that the sky is blue. Next day you say “what a beautiful blue sky” to them, and you get “the sky isn’t blue! I never said it was blue!” And once again the other person is supposed to accept that distortion completely and without question. Abusive people will tell you that you think and feel in ways that you don’t and never did, and that you were flirting with that server when all you did was ask for a fork. Abusive people will take your own words, twist them around until they are nearly unrecognizable, and throw them back at you, making you feel completely confused and misunderstood. They will make up anything in conflict to make you feel that you are wrong, at fault, and colossally stupid so that they can keep the upper hand. For them, anger is simply a tool that they can pull out at any time and use to hurt you.

When abusers are angry, they don’t focus on the behavior of others, they go straight for the heart and soul of the other person. If others don’t do exactly as an abuser wishes, that person becomes “lazy, stupid, uncaring, blah, blah, blah.” People who are abusive have an endless capacity to find fault with others, and unfortunately no empathy or compassion to soften the blow of their rage. It’s not the behavior of their loved ones that they attack, it’s the loved one themselves.

Having conflict with others is never easy, and can often leave us feeling a bit fragile, but if you are in a relationship with an abusive personality, then being in conflict with that person can leave you feeling completely confused, dumbfounded, misunderstood, and just plain wrong. If conflicts with another person always leave you feeling you need to apologize even when you intellectually know you did nothing wrong, you may be dealing with someone who is abusive.

Abuse degrades and demoralizes, it “wins” so that you lose, it cuts deep and makes no attempt to heal. Abuse erodes love and trust and harms the people closest to the abuser.

Healthy conflict leaves both parties standing and unharmed. Healthy conflict draws us closer, it builds emotional intimacy, it forgives and seeks reconciliation, and it leads to meaningful change in behavior and greater understanding of the other.

If you are finding that your relationship falls more into the abuse category, you need to know that there is help for you. Please reach out to a qualified professional who is familiar with the dynamics of abuse, or call a trusted friend or family member. You don’t have to suffer alone. 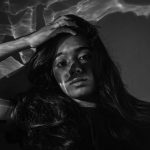 “But He Never Hits Me!” — How to Know if Your Partner is Verbally AbusiveUncategorized